ALIAE, the A79 motorway distributor

The Autoroute de Liaison Atlantique Europe (ALIAE) company was created in June 2019 and is the distributor appointed by the State for the construction of the future A79 motorway and its operations. It holds the distribution contract for the entire commitment duration, i.e., 48 years. As such, ALIAE – in which Eiffage and APRR are shareholders – initially acted as contracting authority for this project. To do so, it signed a design-build contract with a group of companies from the Eiffage group and then entrusted its operation to APRR, from the second quarter of 2020. 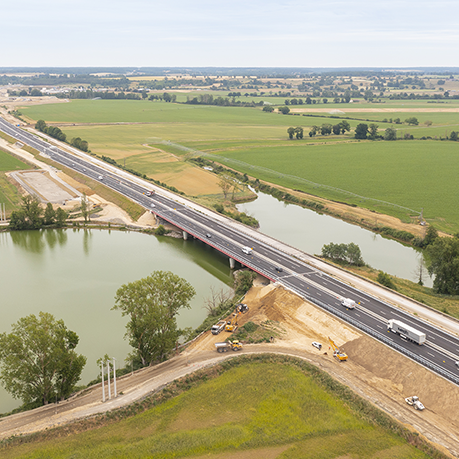 The A79 construction represents an investment of 548 million euros, of which a large part benefits the local economy. This is a strong commitment involving subcontracts with regional companies, the majority of which are located in the Allier county. Nearly a thousand people were also mobilized locally to carry out this project.

This involvement in the local economy marks the beginnings of a solid anchoring in the county and its surroundings. 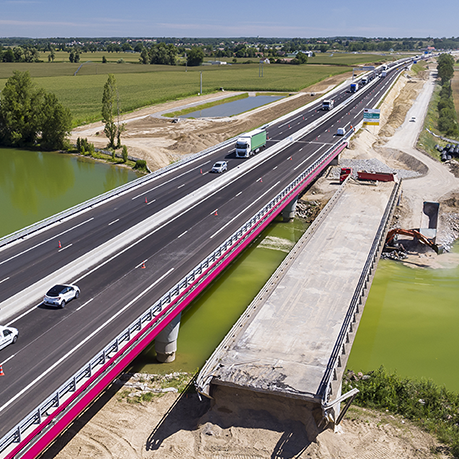 The RN79, formerly called Route Center Europe Atlantique (RCEA), is a major axis both locally and on a European scale.

At the local level, it ensures the link between municipalities of the Allier county.

At the regional level, it remains the main cross-country axis to pass through the county.

Finally, at the national and international levels, it is one of the major East-West cross-links from Royan to the Rhone Valley, and beyond to Germany, Switzerland and Italy.

It thus involves traffic of between 10 and 15,000 vehicles per day in the Allier county, depending on the section. These different uses are the cause to major traffic disruptions which made the RN79 a particularly accident-prone road.

This is why the project to upgrade to 2x2 lanes to motorway standards was declared of public utility by ministerial decree dated April 22, 2017, sending a strong message: “Priority to safety!”

From the town of Sazeret in the West, to that of Digoin in the East, the RN79’s 88km were gradually changed to 2x1 lanes then to 2x2 lanes.

At its peak activity, this large-scale project mobilized more than 1,000 people and a multitude of professions.

The Val d'Allier crossing and the node with the RN7 concentrate the existing route’s adaptations with new viaducts for the Allier and for the Rio de Bessay. Water protection and hydraulic transparency were achieved thanks to specific structures to cope with the Allier’s 100-year-recurring floods.

During the duration of the works, traffic will have been maintained, thanks to a physical system separating worksite areas and traffic lanes. 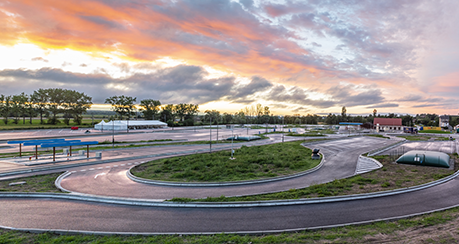 To guarantee travel that is as safe as it is comfortable, the project housed a service area in Toulon-sur-Allier, three rest areas distributed between Cressanges, Dompierre-sur-Besbre and Pierrefitte-sur-Loire, supplemented by two simple stops at Deux-Chaises. These will offer a relaxation area with drinks and snacks as well as free wifi and a shower area for truck drivers, in addition to the traditional truck and light vehicle parking lots.

The parking offer was increased to 710 parking spaces.

On the Aire du Bourbonnais there is also a new offer: l'Echoppe de Gustave which is a boutique-restaurant with traditional cuisine and regional products.

A desire for landscape and architectural integration

The Allier is home to two large landscapes: a bocage landscape to the west of the route; the Sologne landscape on the eastern part.

The first offers many natural hedges punctuating the linear route. The second offers a greater diversity of landscapes: meadows, crops, woods and water. The Val d'Allier nature reserve is home to one of the last great wild rivers in Western Europe.

This is why the project favoured a purposefully sober and elegant architecture. Thus, the objective was to enhance and respect the different landscape successions of the future A79’s path while offering homogeneous and harmonious viewpoints to future users.

To improve the quality of the sound environment, approximately 4,600 linear meters of acoustic protection have been integrated (screens or soil/rocks heaps). Heaps are positioned on sectors with less constrained property rights. Reflective for some or absorbent for others, the screens are between 2.5 and 3.5 meters tall and are spread over 11 sections along the route.

A biodiversity to preserve

Compensatory measures have been added to the infrastructure works in order to minimize the impact on species present in the land crossed. Long-term management will make it possible to durably preserve biodiversity.

For example, bat devices are set up along the way depending on the environmental studies in progress. Dense and high plantations, wooden or mulch hedges, these constructions will avoid collisions of bats with vehicles. 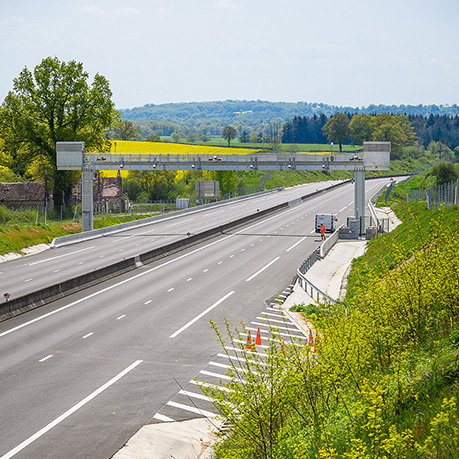 The first free-flow toll in France

Already in place in some European countries, the A79 will nevertheless be the first motorway in France to benefit from this free-flow toll technology contributing to better traffic flow. 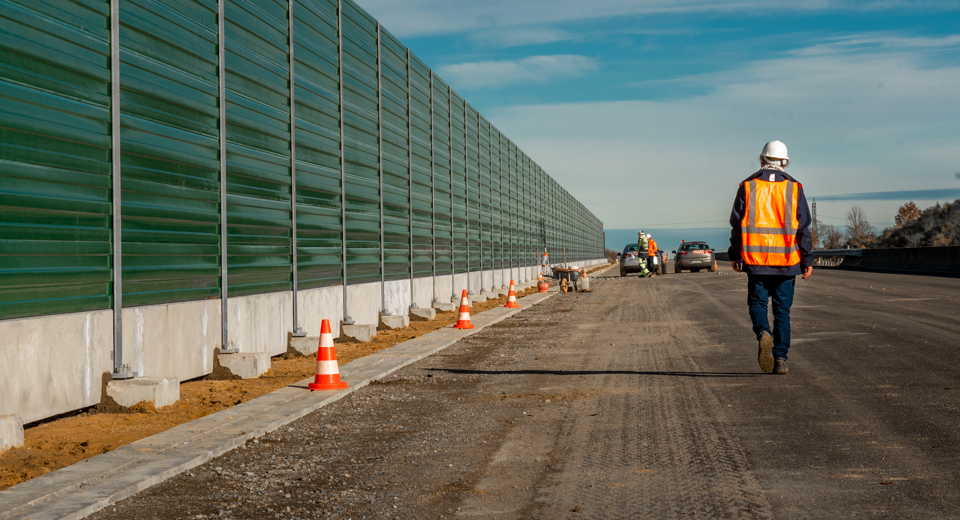